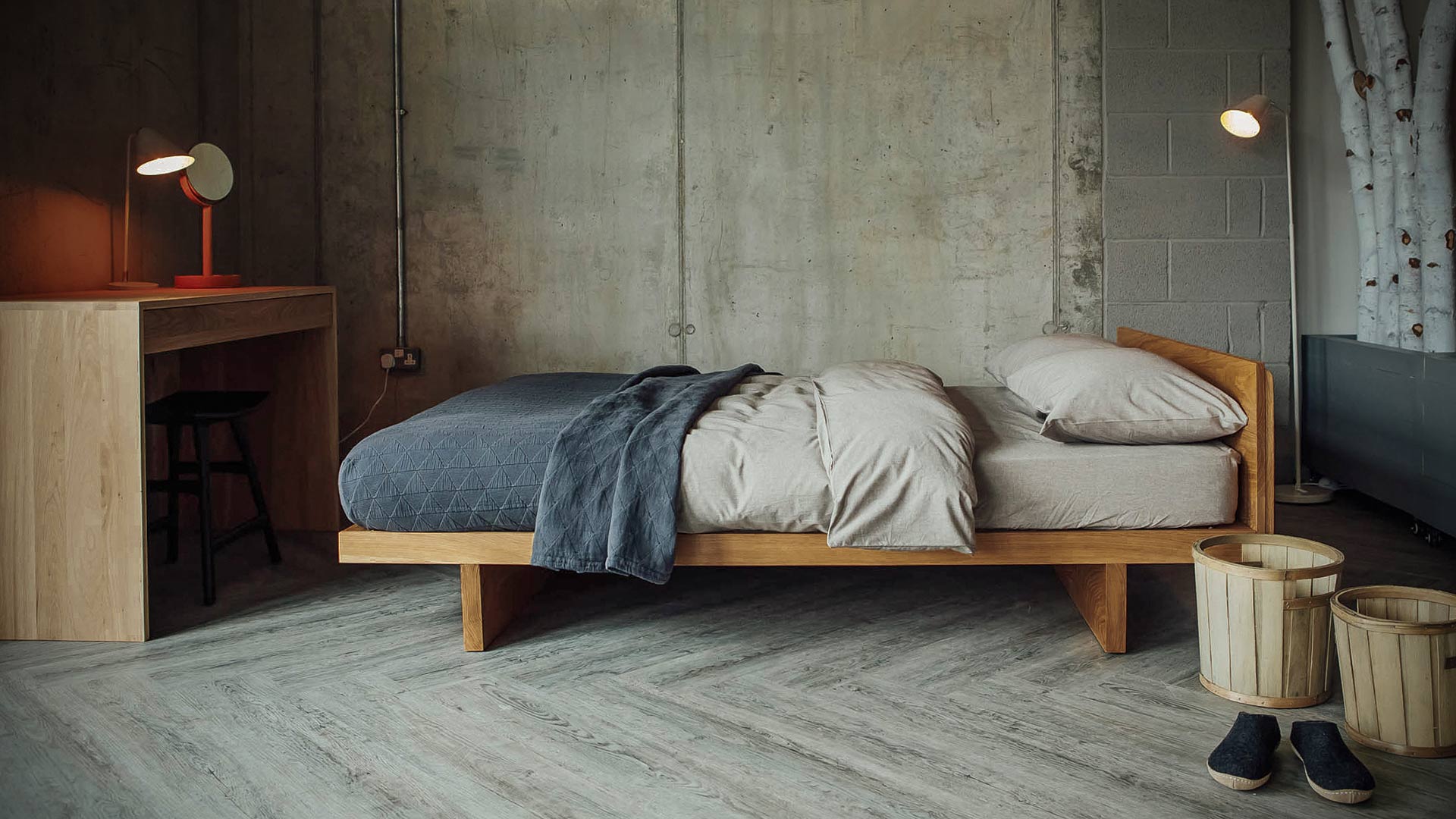 Our Japanese Style Beds Our Japanese look designs make the ideal futon bed bases. They are very low bed frames, with a minimalist style. Available with or without a headboard, in a wide range of sizes and timbers – you are sure to find an option to suit. The Japanese Bed RangeWe have three models […] 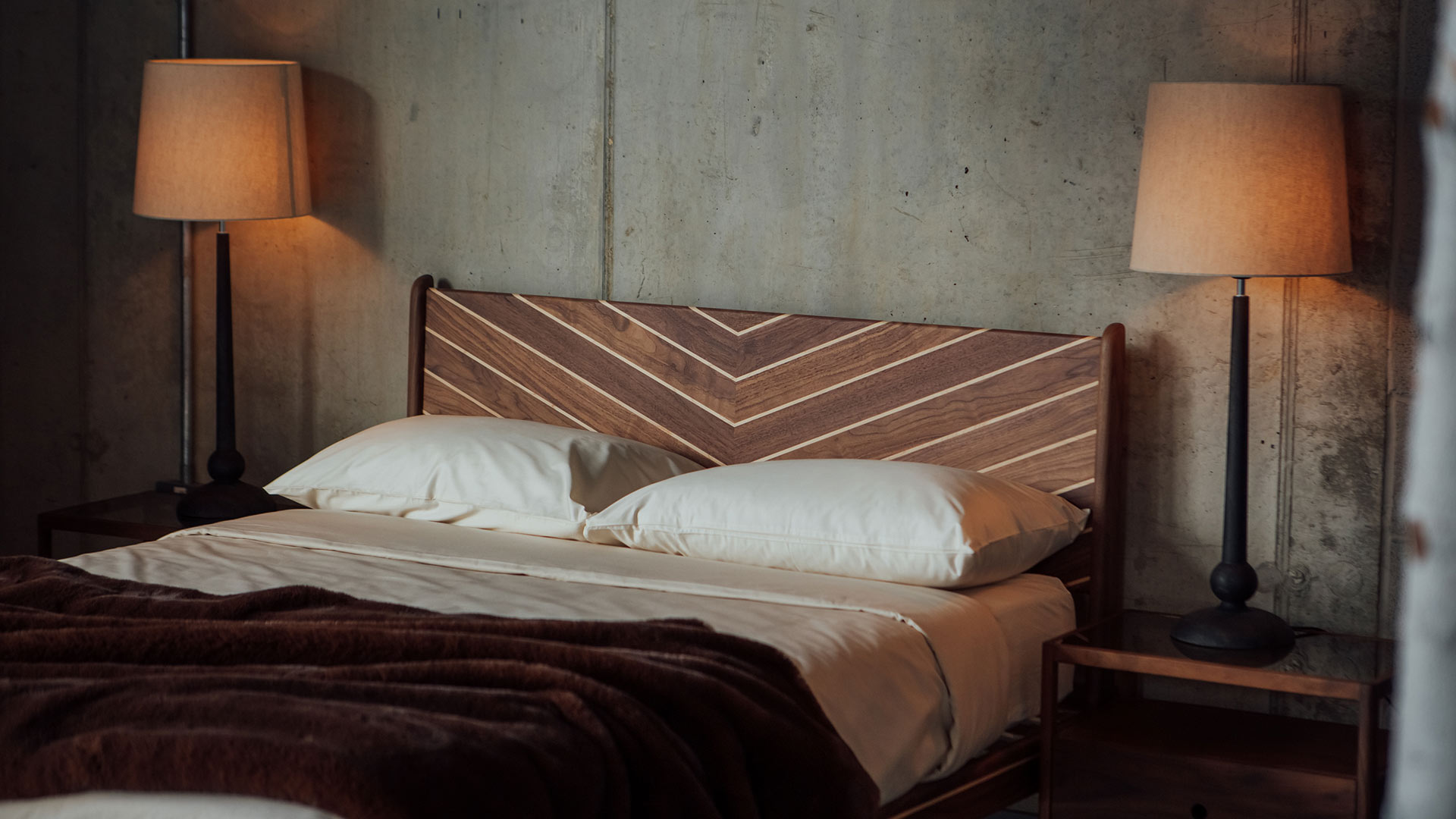 At Natural Bed Company, every solid wooden bed frame is handmade to order with sustainably sourced timber. But with our wide range of timbers on offer, how do you know which one is right for you?In this blog, I’ll run through all of our sustainable timber options for our solid wooden bed bases. Including, how […] 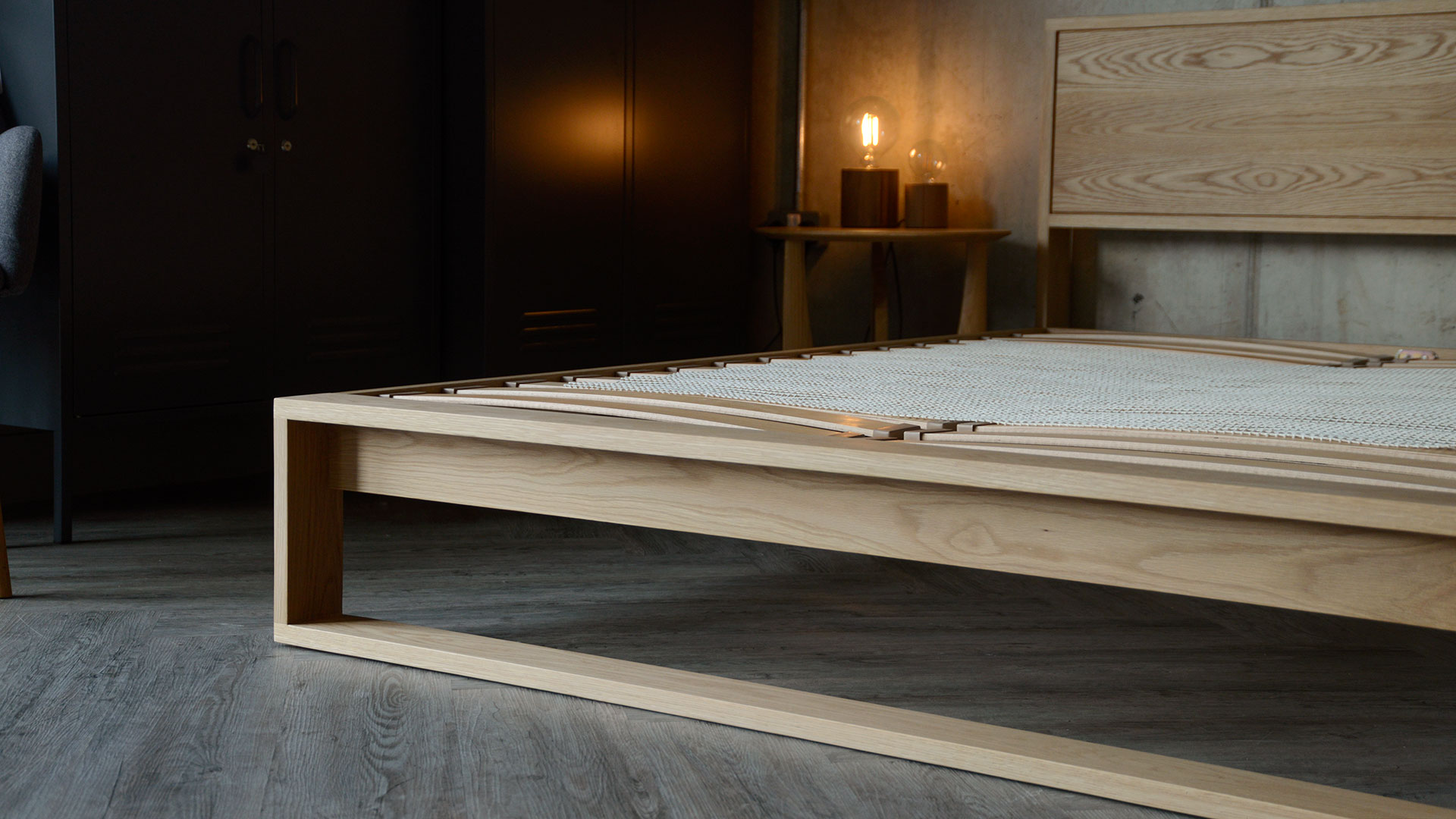 Are you looking for a custom bed base? As all of our bed bases are handmade to order in our small Sheffield workshop, we can often make bespoke alternations to our designs to fit your needs! Below you will find information on some of our most commonly requested customisations… “Can you make new custom bed […] 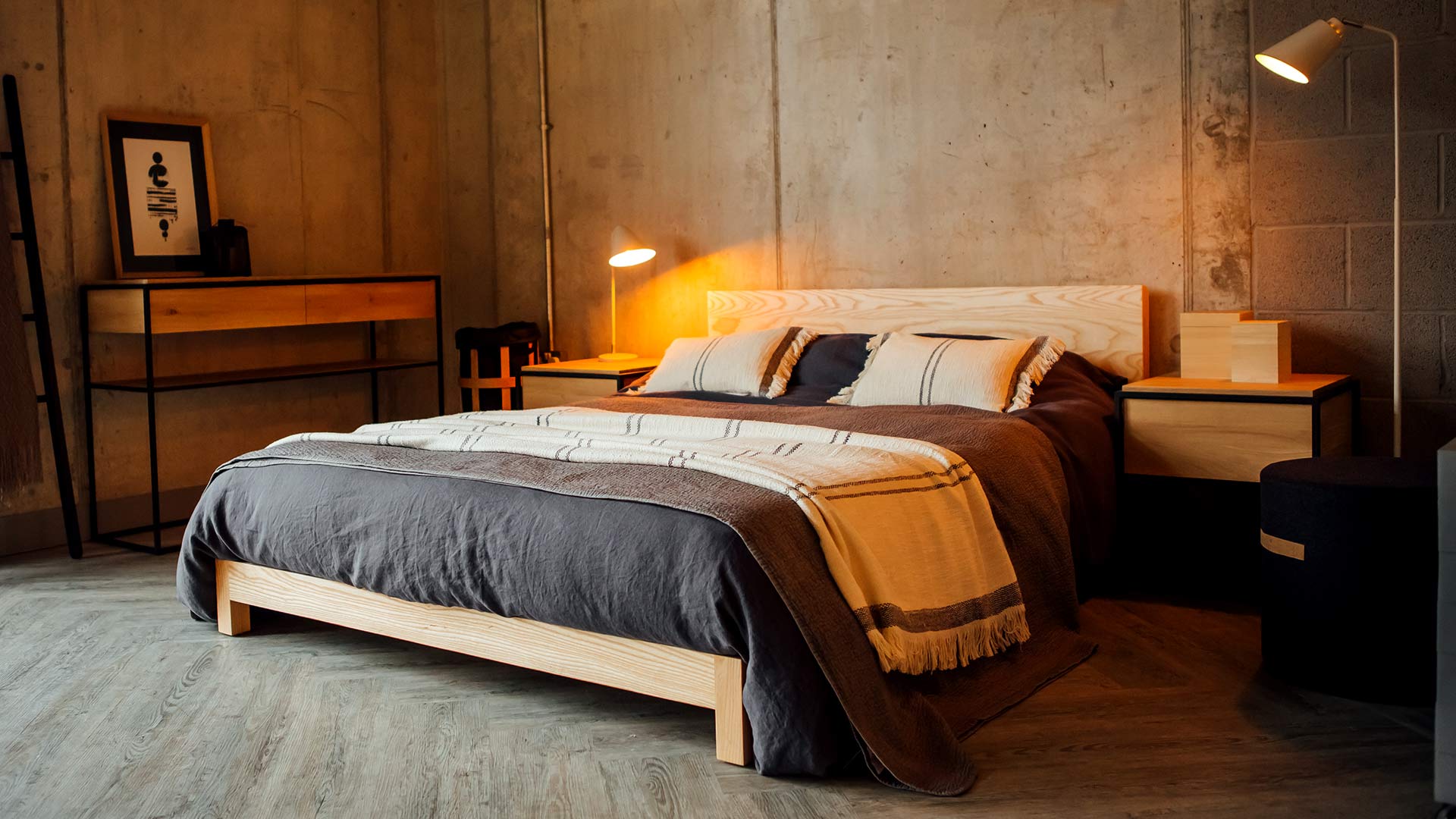 Low beds are a bit of a hidden trend. It seems they’re a little shy of the limelight, but feature in countless Pinterest-able photos of luxurious lofts nonetheless. They’re a great staple of relaxation; their low profile offering the perfect place to lounge. We’ve been making low beds for several years, and we take a […] 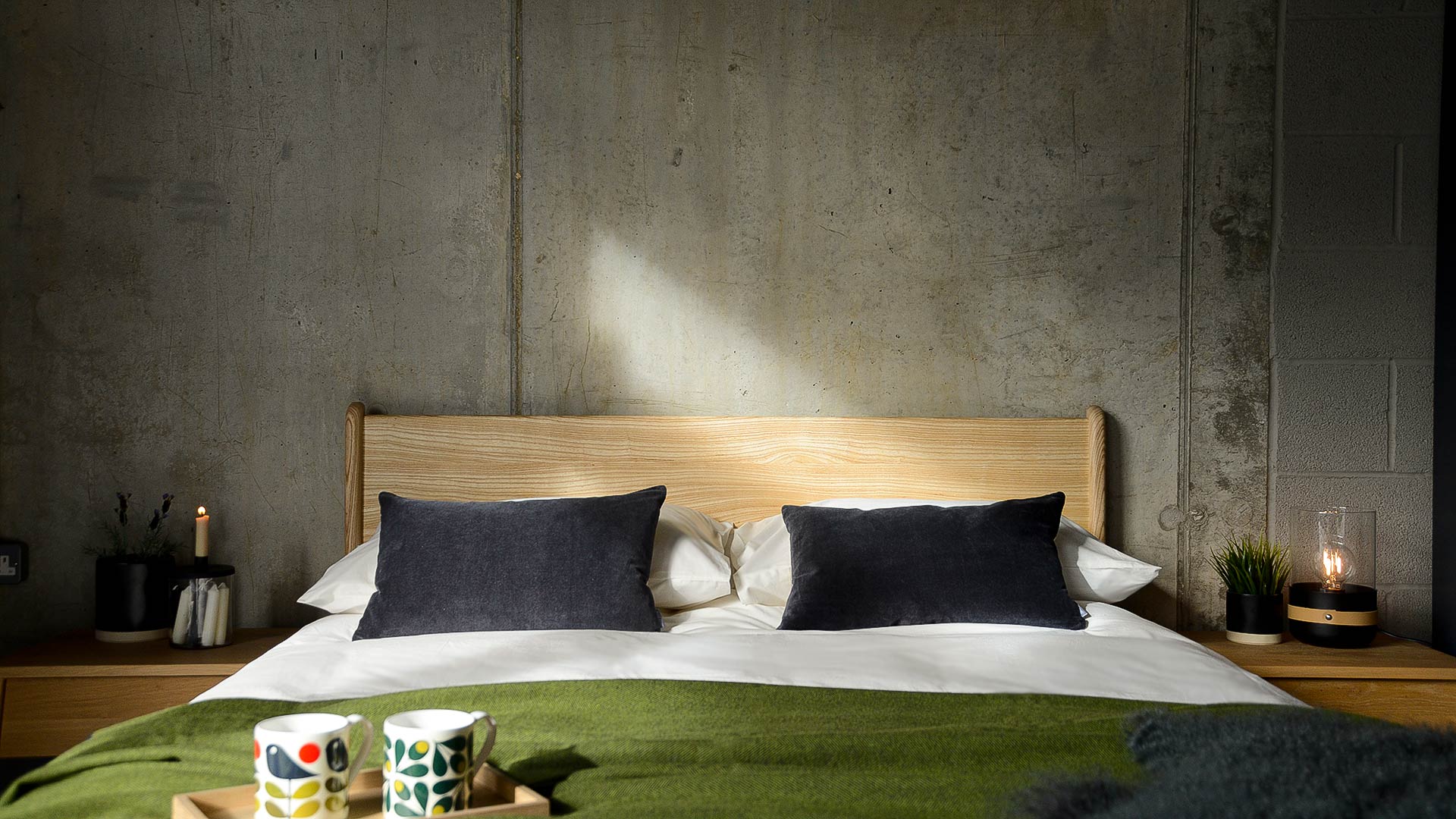 We’re always happy to answer any questions regarding our solid wood bed bases here at Natural Bed Company. Understandably, lots of people want all the details before proceeding with a purchase and we often get similar queriers quite frequently. I’ve put together one helpful list of FAQ’s to (hopefully) make your new bed purchase as […] 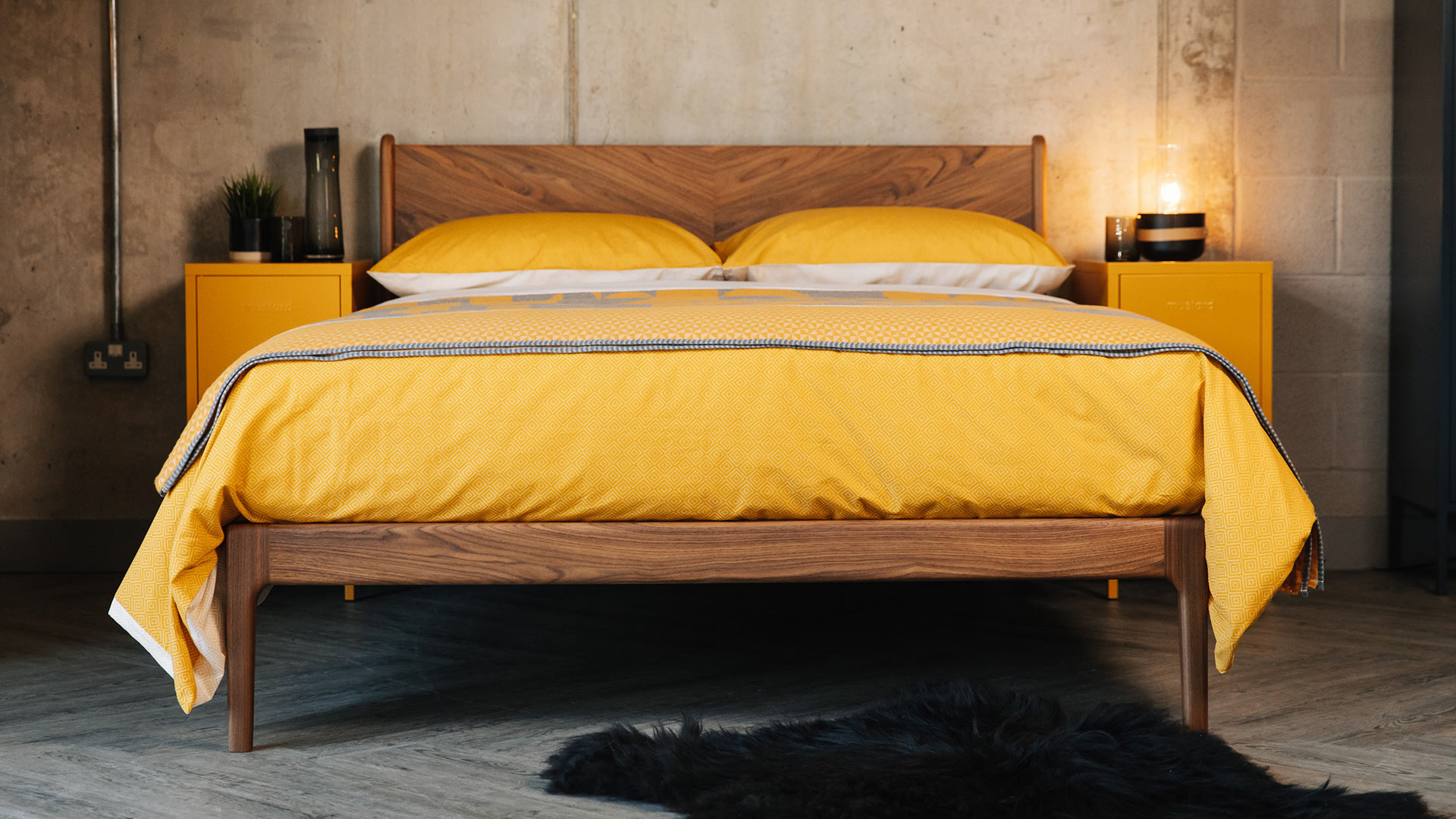 After the Second World War, manufacturers, designers, craftspeople and the general public, started to look for something new. Something brighter, something modern. During this time, people sought homes and homewares that suggested a new future; a break away from what had gone before. Out of America and the Bauhaus movement in Germany, a much more […] 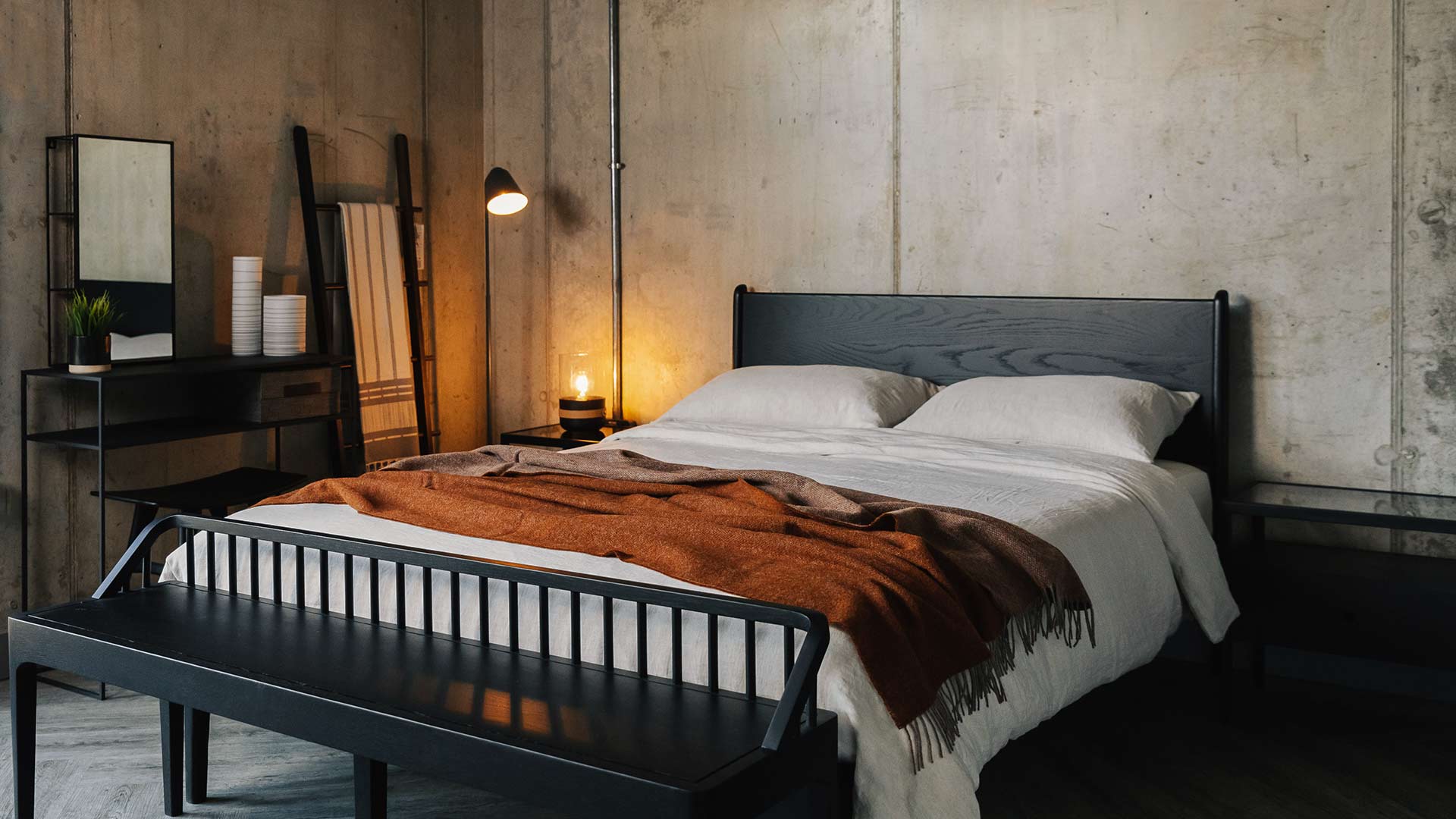 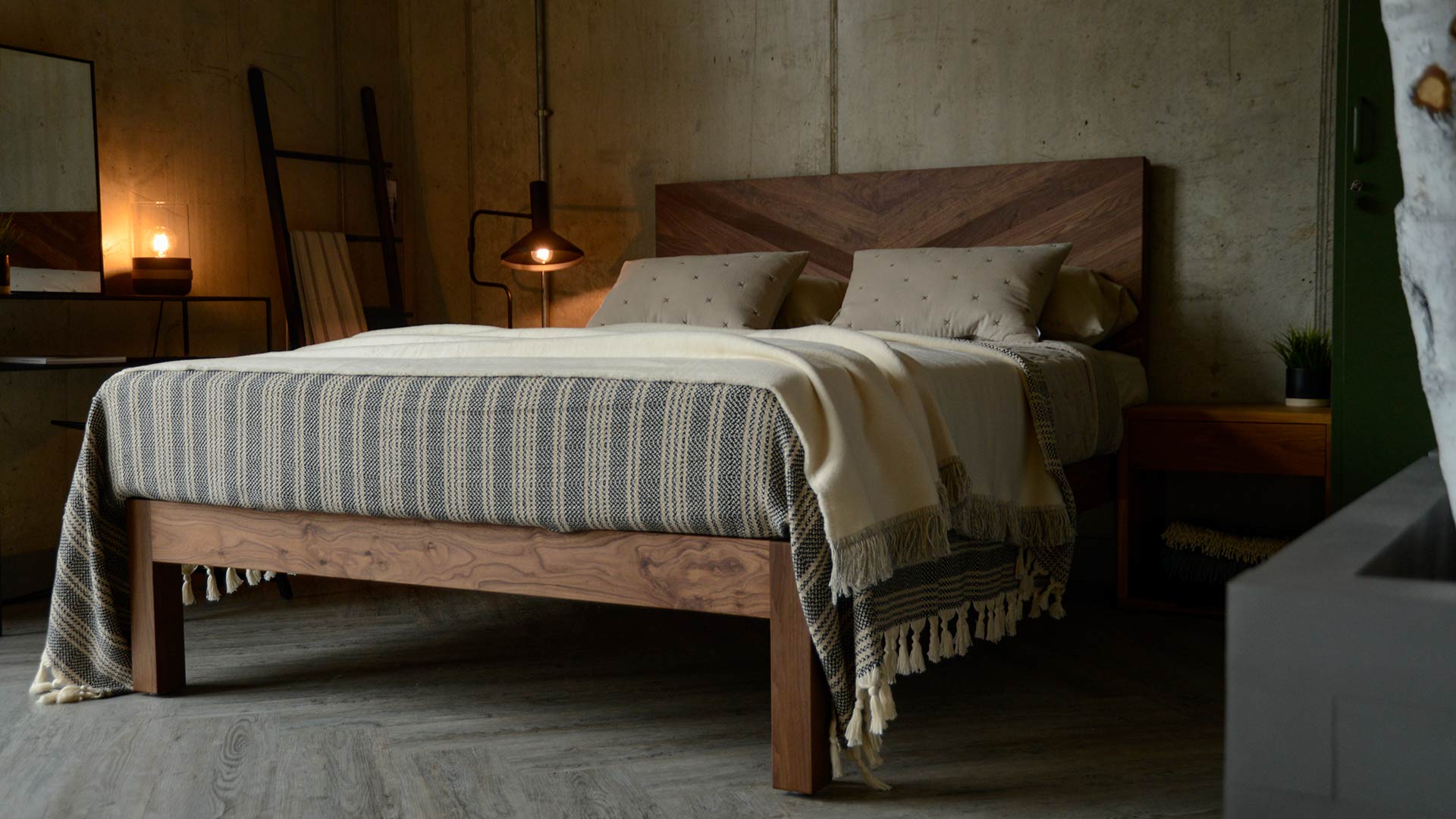 With the current focus on how we can all help to save our planet we thought it the perfect time to take a look at our favourite eco-friendly products for your home. We’ve been searching out environmentally friendly bedding, mattresses and home accessories for years now so you won’t need to compromise on style or […] 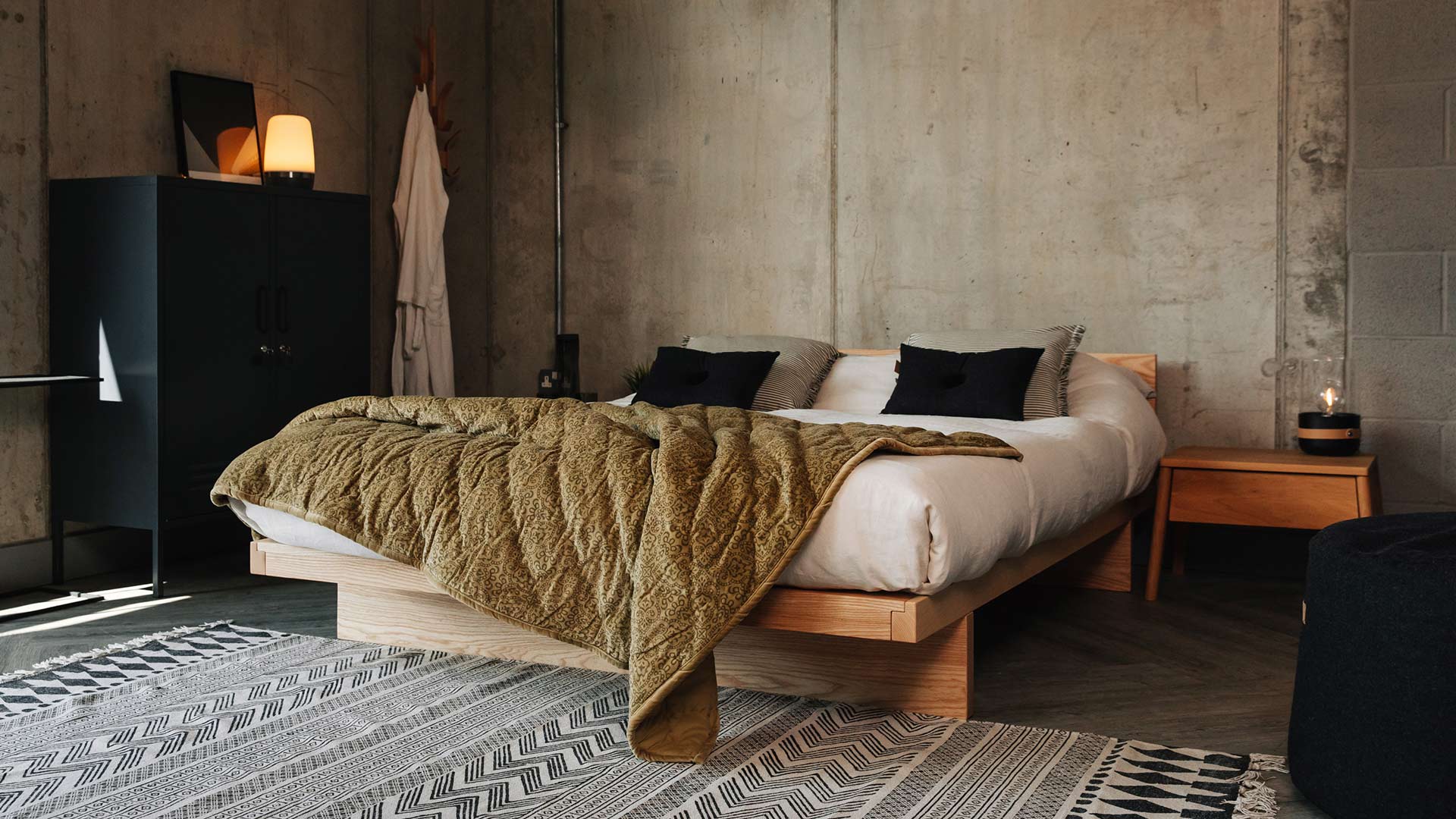 Platform beds are a great way to make a statement in your bedroom. Luxurious and perfect for lounging, their low profile makes a striking silhouette in any space. Our range of platform beds are ever-increasing in popularity. We think it’s their unique, relaxed style that sets them apart, plus their simplicity and versatility in pairing […] 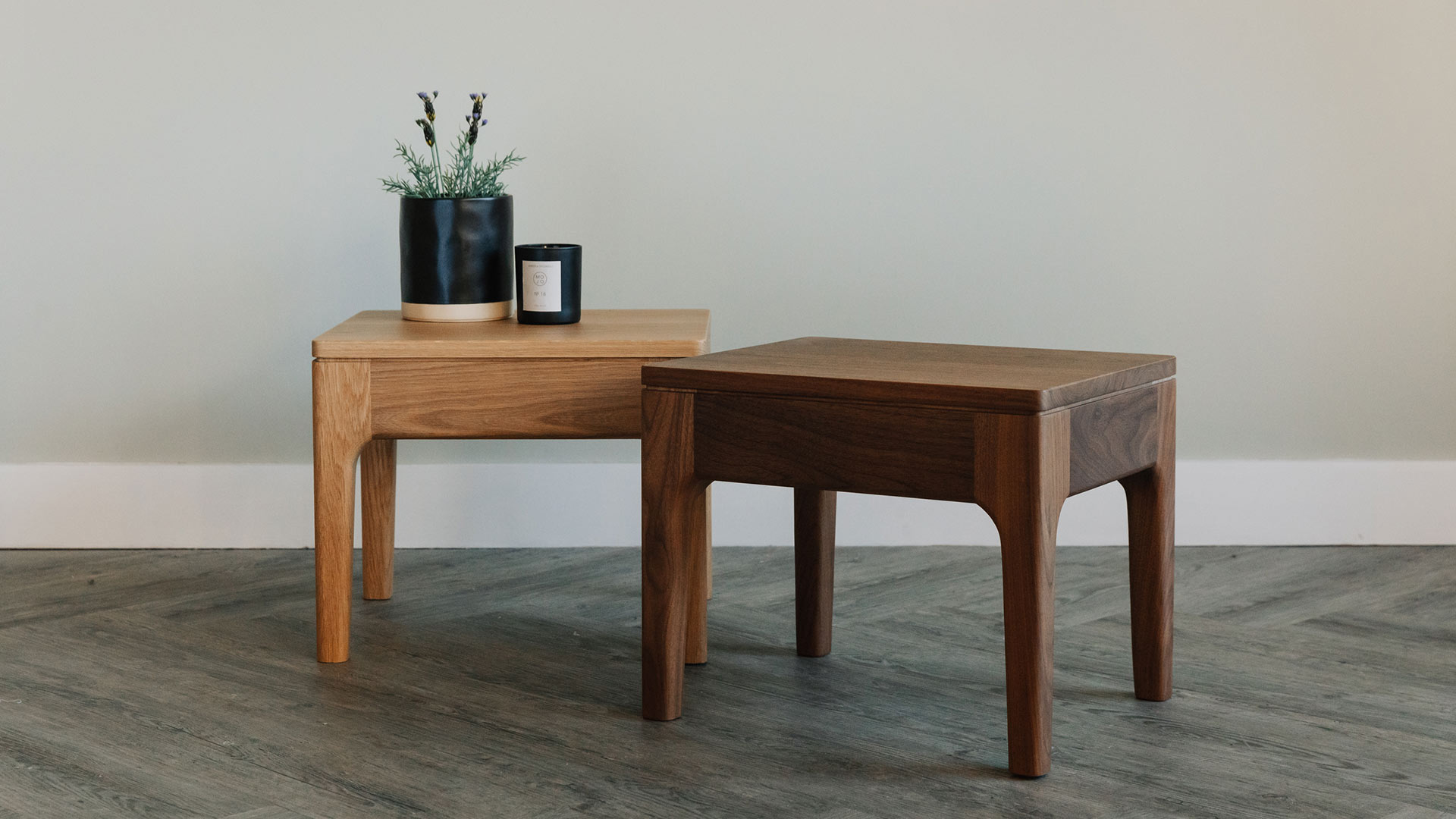 If you’ve spent a bit of time on our website, you’ll probably know that we make all our bed bases to order. Did you know we also make bedside tables to match? If you’ve fallen in love with a bed from the Camden collection, you might like to take a look at the Camden table. […]